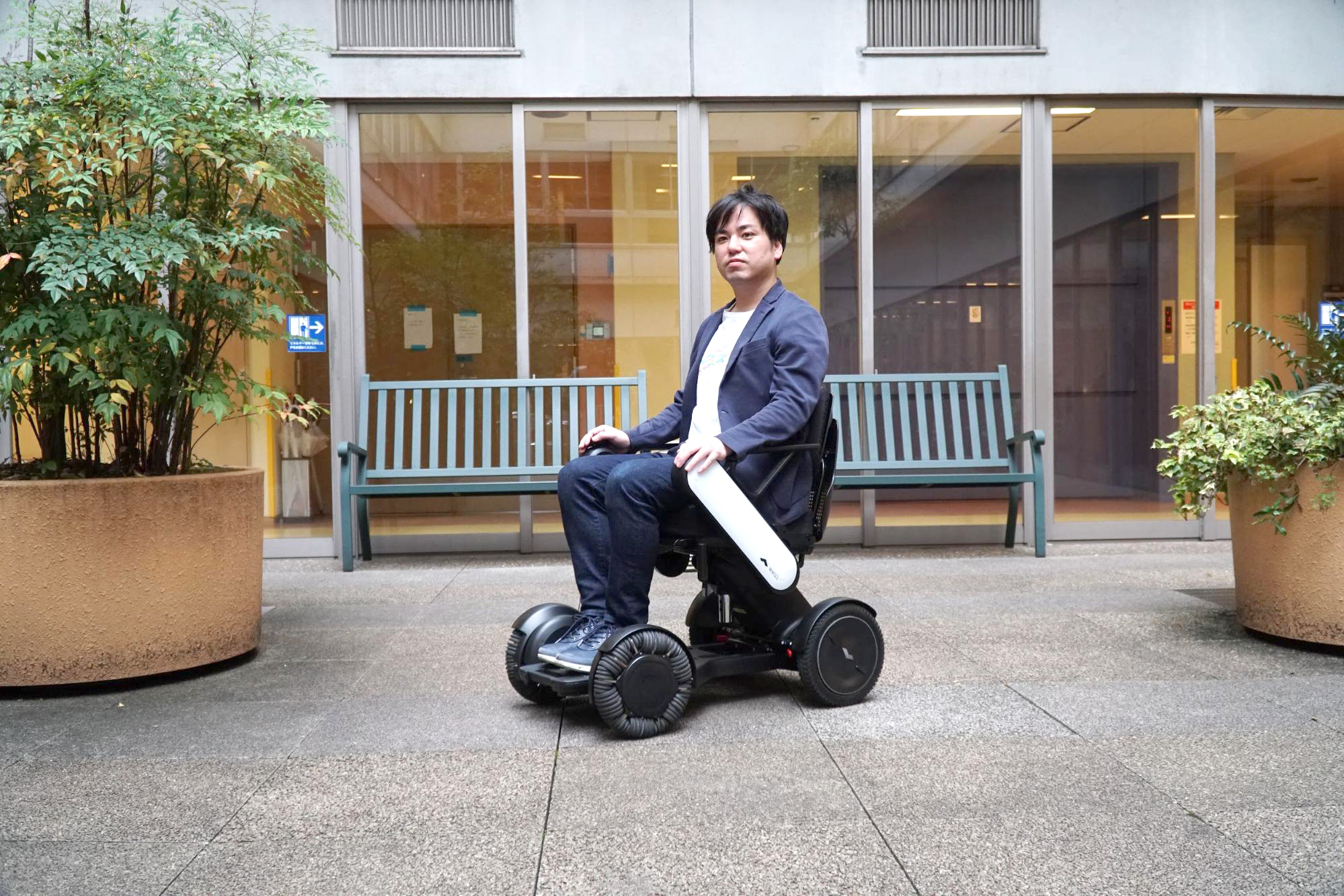 Challenges for an unexplored market, and their HARD THINGS; why WHILL can still continue to strive?

A startup that creates a better future, creates a market that never existed-WHILL. However, there are many dramas behind the scene.

(The questions are from a DG Ventures member, and the respondent is Mr. Fukuoka)

It was founded in Japan in May 2012, and established bases in the United States in April 2013, Netherlands in August 2018. The two pillars of business are personal mobility and MaaS.

WHILL was started as a volunteer weekend project

-This time, I would like to ask wide range of topics from behind-the-scene stories of the founding years, and to the future vision. First of all, what kind of background led to the foundation of WHILL?

Although the company was founded in 2012, it has been active since 2009 as a volunteer team. I was still working for Olympus at that time.

Together with CDO Naito (Chief Development Officer Junpei Naito), classmate at Nagoya University who was working for SONY back then, we created a project team called “Sunny Side Garage” (hereafter SSG). CEO Sugie later joined our team.

Since Naito and I had technology background and Sugie was starting a design company, Sugie’s join led us to become a group that can solve issue with the power of design and engineering.

Meanwhile, in 2010, we met a wheelchair user, and that led us to focus on “wheelchairs”, which led to the foundation of WHILL Inc.

Although he, the user of wheelchair was sociable and bright, he could not go to a convenience store 100 meters away. And more than his physical disability, his mental barriers prevented him to go outside. Psychological barriers such as being looked as “a person in wheelchairs,” hindered the feeling of going outside. Also, it looked like the barrier was stronger for cheerful people. We thought that we want people who are in such situation to enjoy life more in a wheelchair. We wanted them to go wherever and whenever they want, without closing their possibilities.

-You have won the Good Design Grand Prize, the Special Jury Prize at the 5th Japan Venture Grand Prize, and many other awards in the United States and Asia. Your ideas have been widely accepted and appreciated.

We were truly delighted and glad to receive these awards. I think that the psychological hurdles mentioned above should be solved with technology and design. So I am still working on everyday to make WHILL’s products conceptual and cool.

-I assume that creating new market was an extremely tough challenge. Was there any memorable episodes?

To reveal the truth, we had not yet seriously considered to commercialize when we first started our development. We had only made concept models. However, we were scolded by one man when we went to see him for advice. He said, “Don’t be silly. Don’t just show them (wheelchair users) “dreams” only. It’s really cruel to make them wait and longe for such products!!” We were ashamed, and felt very sorry. After this experience, we started to think and believe that products like we were making should be delivered to the world, and made up our mind to start this project as a business.

But we were seriously struggled with management, including manufacturing and sales.

There were originally 20 members, but when it came time to start as a business, almost all disappeared, and only 3 members decided to commit as core members. Furthermore, none of our member was familiar with the world of startups and ventures, and there was not much information as it was now. We have to learn from scratch without knowing anything. We even didn’t know that business pivots were common in the process of starting a business.(laugh)

-At that time, you were participating in an accelerator program Onlab, operated by Digital Garage Group.

That is right. We were developing large hardware at one of us’s home, so we really didn’t have chance to get out of our house. So every time when I get to visit working space, we had chance to meet and talk to the program mates, saying like, “What’s up these days?”. This connection and communication saved us mentally because we all knew that we are in similar HARD situations, and struggling to go through.

One of the things that bothered us was the development schedule. We had to submit a prototype within three months, but the parts we were planning wasn’t delivered on time. So, we finally submitted our prototype made by styrofoam.

Yes (laughs). But by the deadline-the demo day, we were able to perform our real product.

In business, trust is everything. We struggled with both personal connections and money.

-You were successfully adopted by Onlab and accelerated its commercialization. Did that go smoothly after that?

That was not the case. For example, when we asked suppliers to sell the parts to WHILL, they said,  “We can’t trust anyone who has no track record, hasn’t placed an order in a lot, and has no assurance of continuing development.” We never experienced a case something like this, when we were working for companies. We were so surprised to know how the “name value” of your company affect business.

We also had a really hard time raising funds. Since there were many startups focusing software business at that time and not many for hardware business, we were refused saying like “we don’t know much about hardware…”. So because there was nothing we could do, we traveled to the United States. We thought that Japanese market is not mature enough but maybe we can raise money in Silicon Valley!(laugh)

Despite mentors from Onlab introduced me various kinds of investors in Silicon Valley, we weren’t able to raise money. We had to ask friends to let us stay at their houses, and cut down on the cost of living. But one time, we were fortunate to meet the VC that decided to invest immediately after sympathizing with our vision and business. We were so relieved when we finally got the money.

We learnt that if you have strong feelings, people would give hands to you. We were helped by such people.

-You must be thrilled, since they supported you after sympathizing with YOUR passion!

Yes. Truly. It’s strange, but when you do your best and never give up with your dream, somebody would help you.

In the early stage of development, there was no buyer for our products. Even if the concept was good, people saw us like “Isn’t WHILL a small, recently-established company? Wouldn’t be many problems?”. Many buyers thought like this. There is nothing but a risk of buying from company like us. However, even in such a situation, one of our client purchased many lots, saying that the world WHILL is aiming for is “absolutely good”.

By the way, the parts we mentioned earlier were so rare. So we went directly to a local factory and talked about why we wanted to make this mobility, and what we wanted to achieve through making product. The man we made presentation had a daughter in wheelchair, and told us that “I understood what, and why you want to do this. So now, I’m going to persuade my boss!” The kindness of those people have made us what we are now.

There were hard times. The expenditure continues to grow, but we survived ourselves with our own money. There were times when we were finally exhausted and decided to dissolute WHILL, but at such time, additional investment was decided and we were able to thrive. Thanks to those who have taken care of us so far. Though, I don’t want to experience the same thing again(laughs).

We believe that we are the “last stronghold”.

-I think that there were many drastic events other than I’ve just heard…Didn’t you ever think about quitting?

Certainly there were sooooo many hardships, but I never thought of quitting. The faces of those who have taken care of us, and the face of a man who reprimanded us in the first place always come to my mind. And more than that, I have a feeling that “If we give up, who is going to be a next challenger in this field?” I believe that we are working on a business with very high hurdles.

Considering the society of declining birthrate and ageing, I think that the necessity of wheelchairs will surely increase.

(For the current and future of WHILL’s business, follow the second part.)